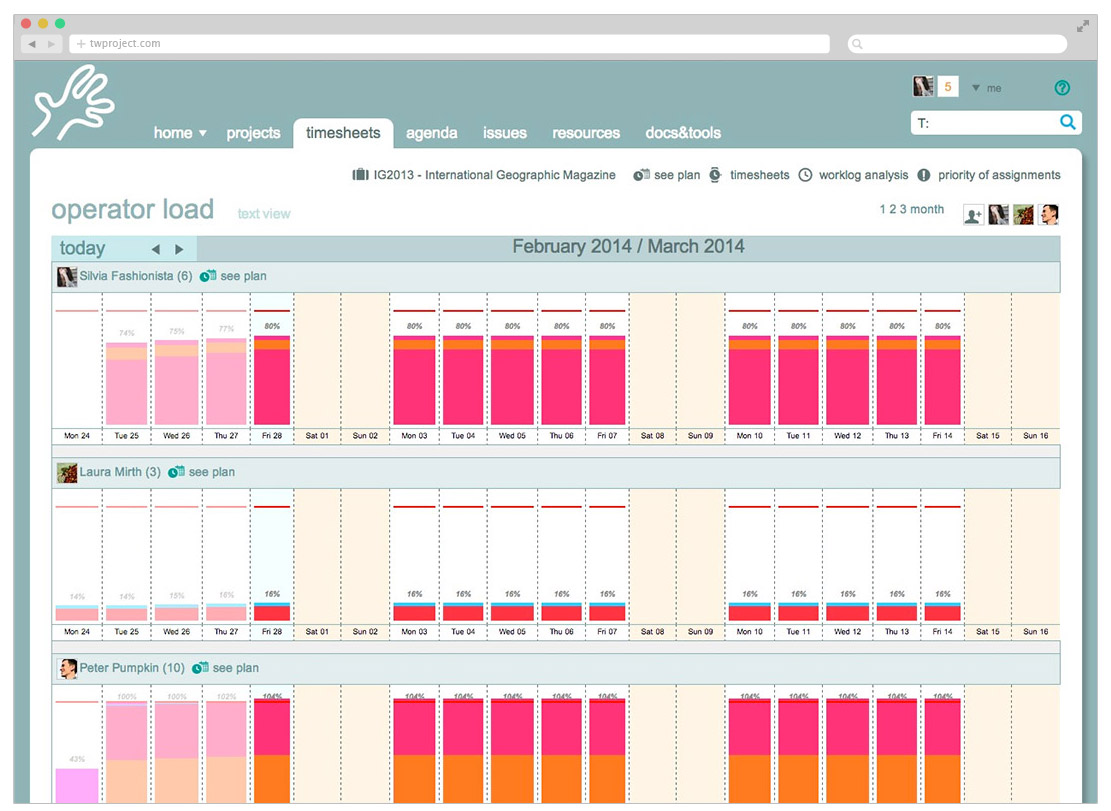 After less than one month from last release, here is a brand new Twproject version with exciting new features.

Your project data are carefully collected and maintained by Twproject and this represents on of the most valuable aspect of Twproject adoption.
How can you extract your data and present it to your users? Actually Twproject has several pages with dynamic filtering capabilities that extract meaningful data, but a customizable reporting systems was missing…. until now!
On version 5.5 we have integrated Jasper Reports, one of most powerful reporting engine. Jasper reports add the capability to create your reports in minutes using an intuitive graphical editor.
Reports are integrated with the flexible Twproject security structure in an easy and practical way, without forcing users to write complex query and rules.

Here a screenshot from the report writer Jaspersoft Studio 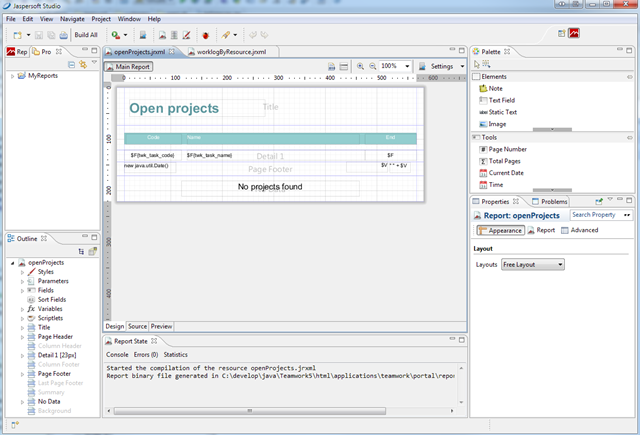 and a couple of reports 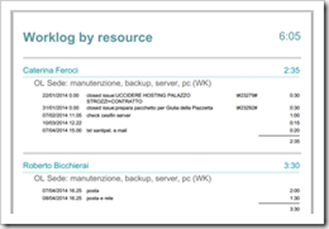 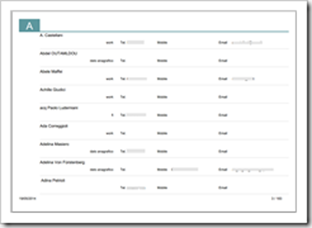 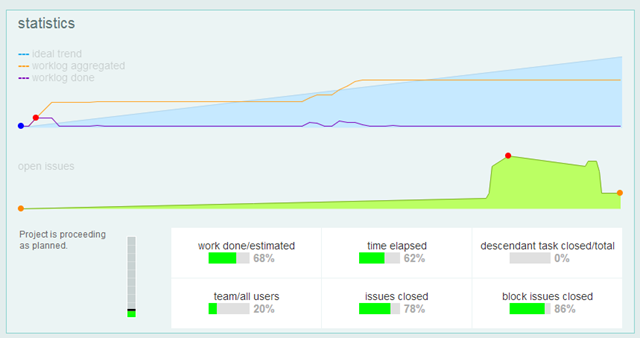 the visual comparison between trend and aggregation makes you get at a glance the project’s “health”.

This is the first step in introducing earned value management, that will be completed in one of the forthcoming releases.

In this version we introduced some new features related to security.

In Twproject you can upload files on tasks, issues, resources and so on. Uploaded files are indexed, for full-text searching, and then saved to a repository.  Now you can choose between three different kinds of storage: folder, encrypted folder or database.

In the first case uploaded files are copied as-is on a folder or network disk.

In the second case, files are encrypted using a AES key, and then saved on the same folder. File decryption is automatic when you need to access the file from Twproject, but the file itself remain encrypted on the repository. There are tools for generating AES keys and for encrypting existing files.

In the third case, files are stored on a database table as BLOB data.

Note: existing files will use its original type and will not be touched.

We just released a patch for Teamwork 5.0 here:

Mainly small bug fixes, and some improvements in the jQuery Gantt editor.

No changes in the database structure.

– “When you click on an operator for Load Detail screen, it always goes to the top left corner which can be off the screen.”
– “The Custom filters on the Resource screen does not work and has strange behaviour. The filters should appear on the right hand panel and should not be doubled up. Also they bring incorrect results back when run.”
– “Plan view detail is going off the screen bordered area”

– Gantt editor: an ugly bug when using the editor with a western time-zone: GMT-n (e.g: USA, Canada, South America etc.).
– Gantt editor: an invalid message call when a circular reference was created that force js execution to stop
– Gantt editor: no detection for avoiding a parent depending on its descendant
– Gantt editor: if project loading fails for invalid/incomplete data, you loose the control of the  application
– Gantt editor: you can restrict parent changing duration even if not allowed by constraints: e.g.: a larger child

– Your personal to-dos are invisible to all others including administrators
– Gantt editor: dependencies now supports lags: you can specify a dependency in the form of “7:3″ that means the task will start after three days task “7″ is completed